Do you have questions?

Fill the fields, our manager keep in touch with you.

is a representative of the South Korean factory Hanval Inc. in the territory of the Russian Federation and the CIS for the sale of lubricants under the GT OIL brand

It was these basic priorities that faced the specialists of the Hanval Inc plant. - leader of the petrochemical industry in South Korea. Therefore, only the best base oils (VHVI Base) are used in GT OIL production. 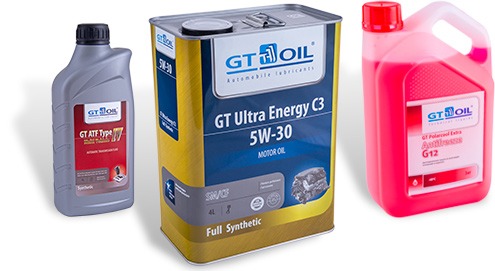 We are a manufacturer

Premium quality
at an affordable price

Metal can is protected
against forgery

Base oil 3 groups, with a
viscosity index of at least 120

31 31 units for analysis and testing, which
guarantee the highest quality

Completion of the construction of the Onsan plant,
launch of the first production cycle

Creation of a new brand of GT OIL oils

The company HANWAL RUS became a member of the technical association of European oil producers ATIEL (Association Technique de l’Industrie Européenne des Lubrifiants), one of the most respected associations of manufacturers and sellers of lubricants in the world.

The leading organization is Korea Houghton Corporation, established in 1973

The list of brands produced by the corporation includes:

As base oils, synthetic, high-grade hydrocracking oil of group III with a high viscosity index (VHVI) is used, which in many cases makes it possible to exceed the performance characteristics of traditional synthetic oils.

The range includes a group of oils GT 1, which is made on the basis of polyalphaolefins (PAO) and esters. The alloying oils are made with the most advanced additive packages from Lubrizol, a leading supplier of additives in the world.

GT OIL oils are adapted to work in the harsh conditions of Russia. They have ACEA (European Automobile Manufacturers Association) compliance. Recommended for use in European (MB 229.51; VW 504.00 / 507.00), American (Dexos 2, Cummins CES 20074) vehicles, in AvtoVAZ PJSC and ZMZ PJSC vehicles.